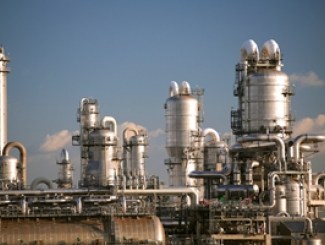 INEOS Nitriles operates a large production facility in Teesside in the UK. As part of a large security upgrade project for the organisation, there was a requirement to monitor the speed of vehicles on-site and provide enhanced perimeter security and clearer visibility in hazardous and low-light working areas, whilst leveraging their existing network infrastructure.

Whilst INEOS Nitriles already had a low maximum speed limit in operation, there had been several accidents each year on-site caused by speeding contractors’ and staff vehicles. Having a solution in place to act as a deterrent to the speeding drivers became a priority for INEOS Nitriles.

INEOS Nitriles also had a requirement to upgrade from an ageing analogue CCTV system to an IP networked system that provided enhanced perimeter protection and on-site security. Any new system would need to be able to detect people approaching their perimeter fence line and alert operators. It would also need to be able to differentiate between objects such as people and animals to eliminate false alarms.

Tellemachus provided INEOS Nitriles with a video analytics monitoring solution capable of detecting the speed of any vehicle, from any direction – from small cars to large HGV’s on their site. The solution allows for INEOS personnel to set the speed limit and once an “over-speed” is detected via the video streams, an alarm will be transmitted back to the control centre to alert the security officer.

Where there is an incident involving more than one vehicle, the recorded video can be analysed to find who was at fault. It is possible to export any incidents occurring as combined video and meta-data and played as standard H264 video files.

As part of the upgrade, new HD PTZ MegaPixel cameras were installed to replace many of the existing analogue cameras. These cameras offer unsurpassed image quality, 360 degree continuous rotation and provide incredible low-light performance. Additionally, a number of HD MegaPixel Dome Cameras were installed that feature P-Iris Support to maximise image quality in all lighting conditions.

The impressive user-friendly and intuitive Control Center software delivers powerful zooming capabilities and image clarity that can capture the detail needed to make a positive identification and quickly respond to a situation. The software is far friendlier than most other systems and offers more options to improve search results. The video search feature for instance saves time allowing personnel to accurately navigate through large amounts of recorded high definition video speedily to find scene changes, missing objects and incidents.

All video streams are recorded and stored for a number of days on network video recorders.