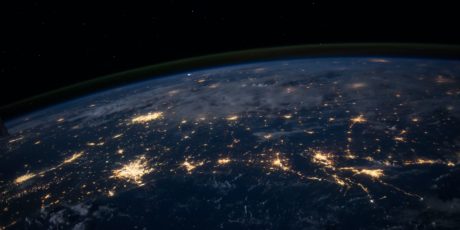 The Internet of Things continues to have the potential to transform the UK.

Take smart cities, for example. The Cityverve project in Manchester showed that IoT data can be used to improve health and social care, enhance energy efficiency and bring communities closer together.

There are opportunities to improve and even transform many parts of the UK’s critical national infrastructure.

But for IoT to deliver its full potential, we need to ensure it is secure and trustworthy for its users.

I-Trace will use machine learning, blockchain, and a novel edge application to enhance the security of relatively insecure devices – and underpin new possibilities for IoT.

Ensuring security across IoT networks will be vital, as the IoT market growth is set to be 57bn by 2024.

But assuring the devices and the data they transmit isn’t easy – and a large part of the security challenge comes down to the devices themselves.

Many IoT devices have limited amounts of storage, memory and processing capabilities, and often need to operate with low power.

That means traditional security techniques, such as encryption, aren’t a good fit.

To take advantage of IoT, we need a security approach that keeps the devices functional and cost-effective, while providing the appropriate level of security and assurance.

No existing security solution or research project has solved the challenges presented by the devices themselves . . . yet.

I-Trace is a co-innovation project led by Cisco, involving a consortium of partners including BT, Senseon and the University of Warwick.

The project will develop a proof of concept for the use of edge compute, machine learning and blockchain to secure constrained IoT devices.

By using edge compute, at the gateway, i-Trace will tag each message with additional metadata, providing additional assurance and provenance.

Meanwhile, distributed ledger technology (DLT) will be used to create an immutable record of each data point, scalable to millions of IoT messages, to aid restoration and recovery.

Recording and replicating the digital signatures of each IoT sensor through DLT will allow stakeholders to independently verify the information: in essence, making it impossible to tamper with.

Finally, machine learning techniques will be used to analyse the data generated by the IoT devices in real-time – to create a system for rapid identification of possible threats and compromise.

With protection at the device, network and application layers, i-Trace will look to deliver end-to-end security for the IoT network.

The i-Trace project is about finding a way to secure IoT networks that’s both robust and commercially viable.

By providing this security, i-Trace will make constrained IoT devices, as well as the transfer and storage of the data they generate, more secure.

The technology offers incredible possibilities for the widespread option of constrained devices, currently held back due to their vulnerabilities – and to realise the full potential of the IoT.