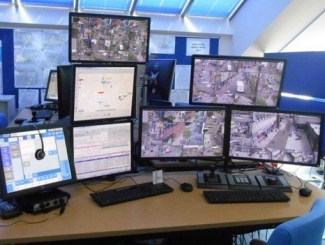 Cumbria Constabulary covers the fourth largest geographic area in England and Wales but (with the exception of the City of London) has the lowest population.

The topography of Cumbria means that communities are dispersed throughout the county.

The solution had to allow Cumbria Constabulary and the Office of the Police and Crime Commissioner to build upon their success of creating safe environments with the largest coverage geographically of any CCTV system in the UK.

At the same time the system had to help in reducing anti-social behaviour, crime and disorder as well as providing proactive support for the business community. It also had to be “future proofed” and expandable and integrate in to the new Home Office Criminal Justice System project.

When the Police and Crime Commissioner came into Office in November 2012 there was the real prospect of all the CCTV cameras in the major urban areas across the county being switched off and any new system had to cost effective in meeting the challenging requirements.

The system utilises the very latest in CCTV camera and IP networked video surveillance and transmission technologies and techniques and is the first such system to be successfully installed in the UK.

The initial project has installed 53 new state of the art low light PTZ cameras, utilising existing and new camera locations across the six towns of Carlisle, Workington, Whitehaven, Barrow, Kendal and Penrith. All cameras are monitored at the Police HQ at Penrith.

Wireless IT technologies have been utilised wherever possible in order to reduce the costs and physical impact associated with older fibre optic techniques.

The system is remotely monitored 24/7 by Tellemachus at its Network Operations Centre to ensure all cameras operate effectively all of the time.

PCC Richard Rhodes said: “CCTV will play a vital role in delivering a safe and secure environment for people who live in, work in and visit Cumbria. I am delighted that the CCTV scheme has now been launched”.

“This is an exciting first for Cumbria. This is an excellent example of how collaboration within the county can work well across the public sector led by the Office of the Police and Commissioner and in conjunction with the Constabulary and the six local district councils”.

“In every sense this is an innovative scheme and is the first of its type in the country. CCTV will play a vital role in delivering a safe and secure environment for people who live, work and visit Cumbria. At the same time CCTV will help in reducing anti-social behaviour, crime and disorder as well as providing proactive support for the business community”.

Cumbria Constabulary, Chief Constable Jerry Graham said: “CCTV is one of a number of important tools we can use to help solve crime and keep our local communities safe”.

“The new system will provide consistent and improved CCTV coverage across Cumbria. CCTV acts as a deterrent for would-be criminals, helps track offenders, and gather evidence. The number and location of cameras throughout Cumbria was decided following analysis of incidents dealt with by police, consultation with neighbourhood policing teams and the funding opportunities provided by the Office of the Police and Crime Commissioner, district councils, and Cumbria Constabulary”.

Cllr Philip Tibble, Allerdale Borough Council’s Executive member with the Transformation portfolio said: “We’re very pleased to have been involved with the partnership which has overseen the rolling out of this new CCTV system. It shall no doubt be an invaluable tool in crime reduction and prevention.”

Leader of Carlisle City Council, Cllr Colin Glover, said: “We are pleased to be working in partnership with the Police and Crime Commissioner ?to support the delivery of modern and effective CCTV coverage. The new scheme will provide important operational policing support and help to create a safe environment for local people and visitors to Carlisle and around Cumbria”.

The way the system had been designed means it can be extended should more funding become available.