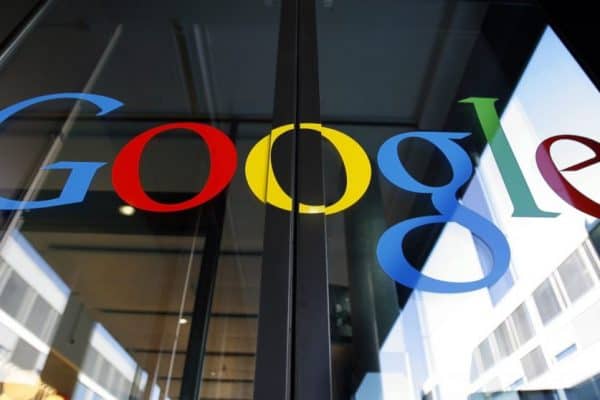 The US Department of Justice has filed an antitrust lawsuit against Google, accusing the company of “unlawfully maintaining monopolies in the markets” for general search services and advertising.

The 64-page complaint contends that Google used a combination of “exclusionary agreements” and other anticompetitive business practices – including increasing barriers to market entry and excluding rivals from effective distribution channels – to control vital access points on the internet and secure its dominant position in both the US’s general and mobile search markets, where it has accounted for nearly 90% and 95%, respectively, of all queries made.

The Department of Justice complaint said: “For years, Google has entered into exclusionary agreements, including tying arrangements, and engaged in anticompetitive conduct to lock up distribution channels and block rivals. Google pays billions of dollars each year to distributors… to secure default status for its general search engine and, in many cases, to specifically prohibit Google’s counterparties from dealing with Google’s competitors.

“Google has thus foreclosed competition for internet search. General search engine competitors are denied vital distribution, scale and product recognition – ensuring they have no real chance to challenge Google. Google is so dominant that ‘Google’ is not only a noun to identify the company and the Google search engine, but also a verb that means to search the internet.”

The “grip on distribution” allegedly enjoyed by Google has also allowed it to build further monopolies in “search advertising and general search text advertising”, where “advertisers pay about $40bn annually to place ads on Google’s search engine results page”, said the complaint.

It added that Google “shares” these search advertising monopoly revenues with distributors in return for commitments to favour Google’s search engine – making enormous payments that create a strong disincentive for distributors to switch.

“The payments also raise barriers to entry for rivals – particularly for small, innovative search companies that cannot afford to pay a multibillion-dollar entry fee. Through these exclusionary payoffs, and the other anticompetitive conduct… Google has created continuous and self-reinforcing monopolies in multiple markets,” the document said, adding that these practices are “especially pernicious because they deny rivals scale to compete effectively”.

A Google spokesperson told Computer Weekly: “Today’s lawsuit by the Department of Justice is deeply flawed. People use Google because they choose to – not because they are forced to or because they can’t find alternatives.”

Kent Walker, Google’s senior vice-president of global affairs, added separately in a blogpost that the lawsuit “would do nothing to help consumers”.

He wrote: “To the contrary, it would artificially prop up lower-quality search alternatives, raise phone prices, and make it harder for people to get the search services they want to use.

“We understand that with our success comes scrutiny, but we stand by our position. American antitrust law is designed to promote innovation and help consumers, not tilt the playing field in favour of particular competitors or make it harder for people to get the services they want. We are confident that a court will conclude that this suit doesn’t square with either the facts or the law.”

The lawsuit has been signed by the attorneys general in 11 US states, all of which are Republican, including Arkansas, Florida, Georgia, Kentucky, Louisiana and Michigan.

It follows a 16-month investigation into the competitive practices of the four dominant tech giants – also including Amazon, Apple and Facebook – by the House Judiciary Subcommittee on Antitrust, Commercial and Administrative Law, which identified a “pressing need for legislative action and reform” to rein in these firms’ monopoly power.

“Each platform now serves as a gatekeeper over a key channel of distribution,” it said. “By controlling access to markets, these giants can pick winners and losers throughout our economy. They not only wield tremendous power, but they also abuse it by charging exorbitant fees, imposing oppressive contract terms, and extracting valuable data from the people and businesses that rely on them.”

The subcommittee also made a number of policy recommendations that, if adopted by Congress, would dramatically change how the four tech giants and the wider tech sector operate.

This includes imposing “structural separations and line-of-business restrictions” on the companies, which will “prohibit a dominant intermediary from operating in markets that place the intermediary in competition with the firms dependent on its infrastructure… and generally limit the markets in which a dominant firm can engage”.