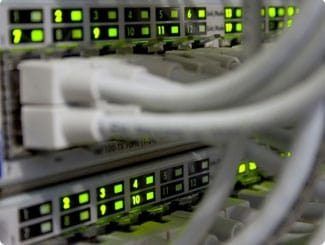 Sellafield Ltd a former BNFL company, responsible for nuclear processing, needed as part of the Thorp expansion project to undertake a major IT and communications infrastructure upgrade for a new management centre at their Sellafield plant. The upgrade to build a new desktop server and communications network infrastructure would also need to extend to their offices in Warrington and be undertaken in a short time frame spanning a twelve week period for the first phase of the project.

Tellemachus personnel formed part of the core project team to design and implement a network and communications infrastructure for the Thorp project. This included a completely new PC desktop server, hardware and software architecture. The network was a managed and standard infrastructure with desk tops built and locked-down across the two sites providing a secure and robust system.

Tellemachus personnel undertook testing of the new system that included 1000 nodes on the first phase of the project before handing the project back to the onsite support team.

Following the successful completion of the first phase of the project, phase two was rolled-out to include an additional 1500 nodes.