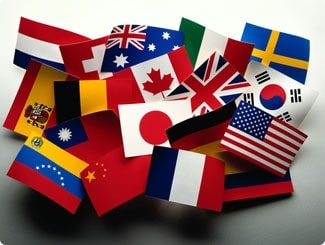 As part of their management and security of the G8 summit, Lothian & Borders Police, Scotland’s second largest force, needed to provide video and audio surveillance throughout the city; including areas where there was existing CCTV coverage as well as areas where there were no cameras or infrastructure.

Given the security operation was of the highest priority, it was imperative that any solution was secure and that Lothian & Borders Police maintained control of each and every camera utilised.

Encrypted wireless technology needed to be deployed in order to securely transmit video and audio from various surveillance sites to multiple command and control locations. Lothian & Borders own cameras, as well as cameras provided by Tellemachus, would need to be utilised in order to give the additional coverage required.

The Tellemachus team worked closely with Lothian & Borders Police to carefully plot and design a high bandwidth wireless IP backbone, to cover the areas where the additional cameras were to be located

This “temporary” IP backbone allowed high quality video and audio to be securely transmitted to command and control rooms across Edinburgh, together with control of the PTZ cameras.

Tellemachus engineers delivered solution-specific training to Lothian & Borders personnel and remained on-site throughout the whole of the event, in order to provide support services as and when required.

Following the success of the use of the wireless network during the G8 summit and the associated protest marches, the equipment provided has been re-used several times since.